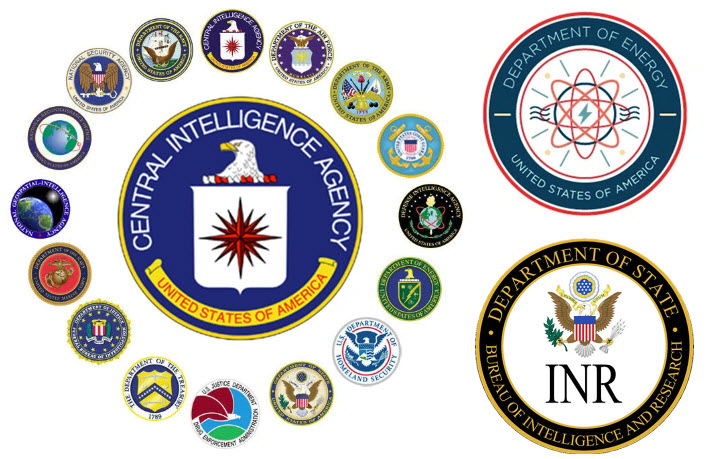 If you’re not gonna do your part and accept responsibility for the damage you’ve done, why should the Left?

Forget what Sowell said — what’s far more important is what he didn’t say. This mountain of information was publicly available before he wrote that article — and not one word about it.

For a guy who’s made his living on “follow the facts” — and you following him:

How do you reconcile that?

Bullshitters seek to convey a certain impression of themselves without being concerned about whether anything at all is true. They quietly change the rules governing their end of the conversation so that claims about truth and falsity are irrelevant.

— Blurb to On Bullshit by Harry G. Frankfurt

And every time you pull that stunt — you further calcify habits at the other end of the spectrum from these.

And about that “Leftest nonsense”

Since my documentary takes the Left to task for being in lockstep on Trayvon (mindlessly following the Democratic Party playbook on race — right on cue):

And since my site rips woke to shreds: Don’t even think about pulling that “whataboutism” bullshit with me . . .

I dropped the challenge and you have a choice: To ignore or engage. But I have another old-fashioned rule on that front . . .

Show up or shut up!

Since blind loyalty would bore the hell out of me, I don’t get the attraction. If you want me to spoon-feed like a child — I’ll do it.

But you can’t grow when you keep spitting it out and crying about how hungry you are.

That I have to explain that quote to people who seemingly live to flood the internet with his words.

He and his flock incessantly complain about the media — and they don’t make policy. But the second I scrutinize Sowell — suddenly you have new standards.

And wrong — in every respect

Rather than reflect on where his words go in Graham’s Hierarchy of Argument below, he doubled down with an insult:

Incorrectly classifying it to boot.

These people have no understanding of the subject matter — and make no attempt to learn or show any civility in refusal to do so. They begin and end by contorting anything they can twist to their liking in a sycophantic effort to absolve Sowell.

An Ad hominem attack is a negation of reason and an appeal to emotion and is irrelevant to any debate. It is a non-debate, or an avoidance of debate because the person resorting to this strategy has no substance to what they are saying or does not know how to properly respond to the argument being presented. . . .

“To be more specific, a fallacy is an ‘argument’ in which the premises given for the conclusion do not provide the needed degree of support.”

Ad Hominem is a general category of fallacies in which a claim or argument is rejected on the basis of some irrelevant fact about the author of or the person presenting the claim or argument.

Second, this attack is taken to be evidence against the claim or argument the person in question is making (or presenting). This type of “argument” has the following form:

2. Person B makes an attack on person A.

The reason why an ad Hominem (of any kind) is a fallacy is that the character, circumstances, or actions of a person do not (in most cases) have a bearing on the truth or falsity of the claim being made (or the quality of the argument being made).

Birds of a Feather

When you have no idea what the argument is (without a molecule of effort or inquiry to find out):

Wrapping quotes around “argument” is as ridiculous as using air quotes incorrectly.

And without even the most basic insight into anything on this story: His camp has a habit of glossing over global issues of catastrophic consequences with:

If he’d paid any attention at all:

He’d know that the baseline argument is about Sowell’s abysmal failure to address the evidence that Powell presented.

A young man sittin’ on the witness stand
The man with the book says “Raise your hand”
“Repeat after me, I solemnly swear”
The man looked down at his long hair
And although the young man solemnly swore
Nobody seemed to hear anymore
And it didn’t really matter if the truth was there
It was the cut of his clothes and the length of his hair

Even at a glance

You should know that Sowell’s piece is not the stuff of substance (all 752 words of a 2-minute read).

By Sowell’s status and by his own ethics — he had a huge responsibility.

By himself, he could not have shaped the decisions in those dead set on going to war. But he could have been the catalyst for the kind of debate that such decisions should demand.

Even if you take his responsibility off the table, the very basis of “Hard to Imagine” — is that he would have something to say about world-altering lies and ineptitude for the ages.

So on top of having no idea what you’re talking about — you don’t even understand the most basic tenets of the person you put on a pedestal for those principles.

You don’t get a pass for basking in baseless beliefs that cripple the country — and have the bottomless nerve to preach responsibility & accountability to boot.

That is a cancer of its own

The poison he pumped into the atmosphere helped destroy the internal organs of America. So we have very different standards as to what qualifies as a “National Treasure.”

Behold the Legacy of Your Beloved Sowell: Disciples on Duty — Part 1

Behold the Legacy of Your Beloved Sowell: Disciples on Duty — Part 2

Behold the Legacy of Your Beloved Sowell: Disciples on Duty — Part 3

Behold the Legacy of Your Beloved Sowell: Disciples on Duty — Part 4

Behold the Legacy of Your Beloved Sowell: Disciples on Duty — Part 6

“She means we’re bouncing into Graceland”